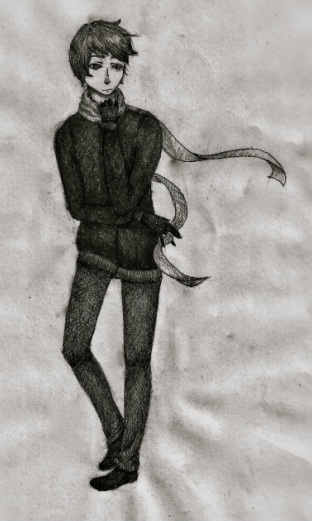 Dislikes: socializing, classwork, anything too bright, violence, dogs (and most other animals, for that matter)


Ambrose was given a death sentence in the demon world for a crime he didn't commit. The Grand Council of the Netherworld has given him one last chance to live: he must reside in the human world for a month and find at least one person who would willingly die in his place. Ambrose accepts, thinking the task will be easy. However, he soon finds that making friends isn't just telling people what they want to hear; he must place a personal investment in the business. Can he really befriend these people while knowing that he'll be a deciding factor in their death?


Walt Anders has always considered himself to be a rather social guy. He's captain of the soccer team, a member of the band his friends made, and he always goes out of his way to be friendly. When a new transfer student arrives at his school, he takes it upon himself to be the kid's guide until he gets his bearings. Despite his years of people-pleasing though, he just can't quite understand Sharpe. He's probably the most mercurial guy Walt has ever encountered. Is his alienation of the people around him just a show, or should Walt really just stop trying to get close? 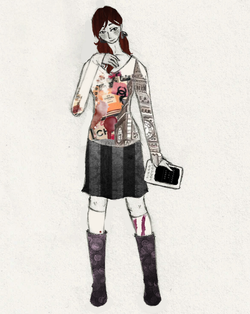 
Carly Wilkinson is an extraordinarily ordinary high school girl with a love of romance novels. So of course when a dark, mysterious (and rather good looking) transfer student named Ambrose Sharpe enrolls in her grade, she thinks she's hit the jackpot. But is Ambrose really all that she imagines him to be?


Teddy MacArthur has made a resolution to get out from behind his camera and become more socially involved with the world. Sure, he has his friends from the clubs he's joined over the years, but this time he wants someone different. Although on second thought, maybe choosing somebody as intimidating as the new transfer student Ambrose Sharpe was not the greatest idea he's ever had. Should he stick it out and try to befriend Ambrose, or hightail it out of there?